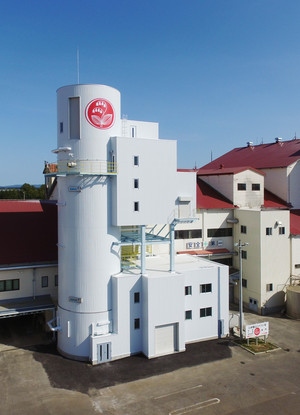 Extraction plants from BMA can be found in all beet-producing countries. A new addition, in late 2017, was at the Bihoro sugar factory in Japan. BMA supplied the key components for the extraction tower, a countercurrent cossette mixer, and two pumps for the cossette-juice mixture. The Braunschweig-based manufacturer also handled all engineering services for extraction. As a special feature, all parts of the plant are made from solid stainless steel, clear evidence of Japan’s high quality standards and its drive towards perfection. It is only the third plant supplied by BMA that is made from this material.

The first part arrive at Bihoro at the end of April, and the last part was at the middle of July. Final assembly was followed by a performance run in the second half of October. The project ran smoothly right from the start, with seamless collaboration between the general contractor and the factory operator. Commissioning was equally straightforward. In line with the specified start-up routine, the process station reached its nominal capacity within two days. The technology parameters were easily achieved – what a fabulous project!